Rosie Varley is currently a Public Appointments Assessor, a Non-Executive Director of the West Suffolk Hospitals NHS Foundation Trust, Chair of the General Dental Council Appointments Committee, a specialist member of the Mental Health and Personal Independence Payment Tribunals, and a governor (presently chair) of the Priory Special School Academy and of St Benedict's RC Secondary School Bury St Edmunds. Rosie has led a range of organisations in health, social care, justice and regulation, including the General Social Care Council, the Public Guardian Board, the Council for Healthcare Regulatory Excellence, and the NHS Executive Eastern Region. She has a long standing interest in improving services for people suffering from mental health and addiction problems and is actively involved in a number of organisations in this field. Rosie lives in Bury St Edmunds and is keen to contribute to the local community. In 2006 she was awarded the OBE for services to health and healthcare

Dr Nikos Savvas was appointed Principal of West Suffolk College in September 2013. He previously held a number of Senior Management posts in the North West.  Prior to becoming Principal of the College, in his role at Salford City College, Nikos was a Director of the Salford Academy Trust, a Multi Academy Trust sponsoring three Academies set up to improve secondary and primary school attainment in the area.  He also served on the Curriculum & Quality Committee of the Local Governing Body of the secondary school.  Nikos read Physics at Manchester University, gaining a Masters in Physics and a PhD in High Energy Particle Physics before pursuing his teaching career in Manchester.

Lady Kay Fisher DL,  completed her education at Art School in London, The Inchbald School of Design, and then worked in an advertising agency (Young & Rubicon), firm of architects (Bridget Treherne) and a dress designer (Marisa Martin). Lady Kay Fisher has lived in Suffolk since 1977.  She became involved in local politics and joined the St Edmundsbury Borough Council and was responsible for Housing & The Environment.   Lady Kay also joined  the YMCA and became involved  in developing accommodation for deprived young people. She joined the Mid Anglia Community Health Trust as a Non- Executive  Director and became a Mental Health Act Manager for Norfolk, Suffolk and Hertfordshire, dealing with learning disabilities. She was also involved in the Brecks Countryside project.  On moving to Norfolk in 1996, Lady Kay joined Breckland Council and was responsible for Governance, Finance and Environment. Her interest in Mental Health grew and she  joined Rethink Mental Illness (a National charity), became regional Chairman & a Trustee. Lady Kay was, at one time, Vice-Chair of EACH. She is currently Vice-Chair of YMCA Norfolk & on the Management Board of the Riversdale Community Service.

Richard Carter is a former Chair of Governors of the West Suffolk College Corporation.

He had been a governor since 2001 and Chair since 2010 He also chaired the Appointments, Governance and Remuneration Committee, and was a member of the Resources Committee.

Richard was awarded an MBE in the 2018 New Years Honours for services to education.

He is currently the Chair of Members of the Suffolk Academies Trust.

Richard was the founder of a successful public relations and graphic design partnership which operated in the Bury St Edmunds for 20 years and specialised in providing services to public sector organisations such as the NHS, county and district/borough councils.

Richard has also held the following roles in the local community:

“My name is Dr Ankit Mathur. I am a Consultant Community Paediatrician and I have been working in this role in Suffolk for over ten years. I work with children and young people who have learning difficulties and complex health needs. I am the Clinical Lead for the community paediatric medical team in Suffolk.

I live in Cambridge and also volunteer as a school governor at the local village primary school which my two children attend.

I feel that my clinical leadership roles and my understanding of special educational needs processes can add value in supporting performance management of the trustees”.

You can find out more about which cookies we are using or switch them off in settings. 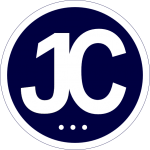 Looking for a new website
or need great ICT Support?

This website uses cookies so that we can provide you with the best user experience possible. Cookie information is stored in your browser and performs functions such as recognising you when you return to our website and helping our team to understand which sections of the website you find most interesting and useful.

Strictly Necessary Cookie should be enabled at all times so that we can save your preferences for cookie settings.

If you disable this cookie, we will not be able to save your preferences. This means that every time you visit this website you will need to enable or disable cookies again.